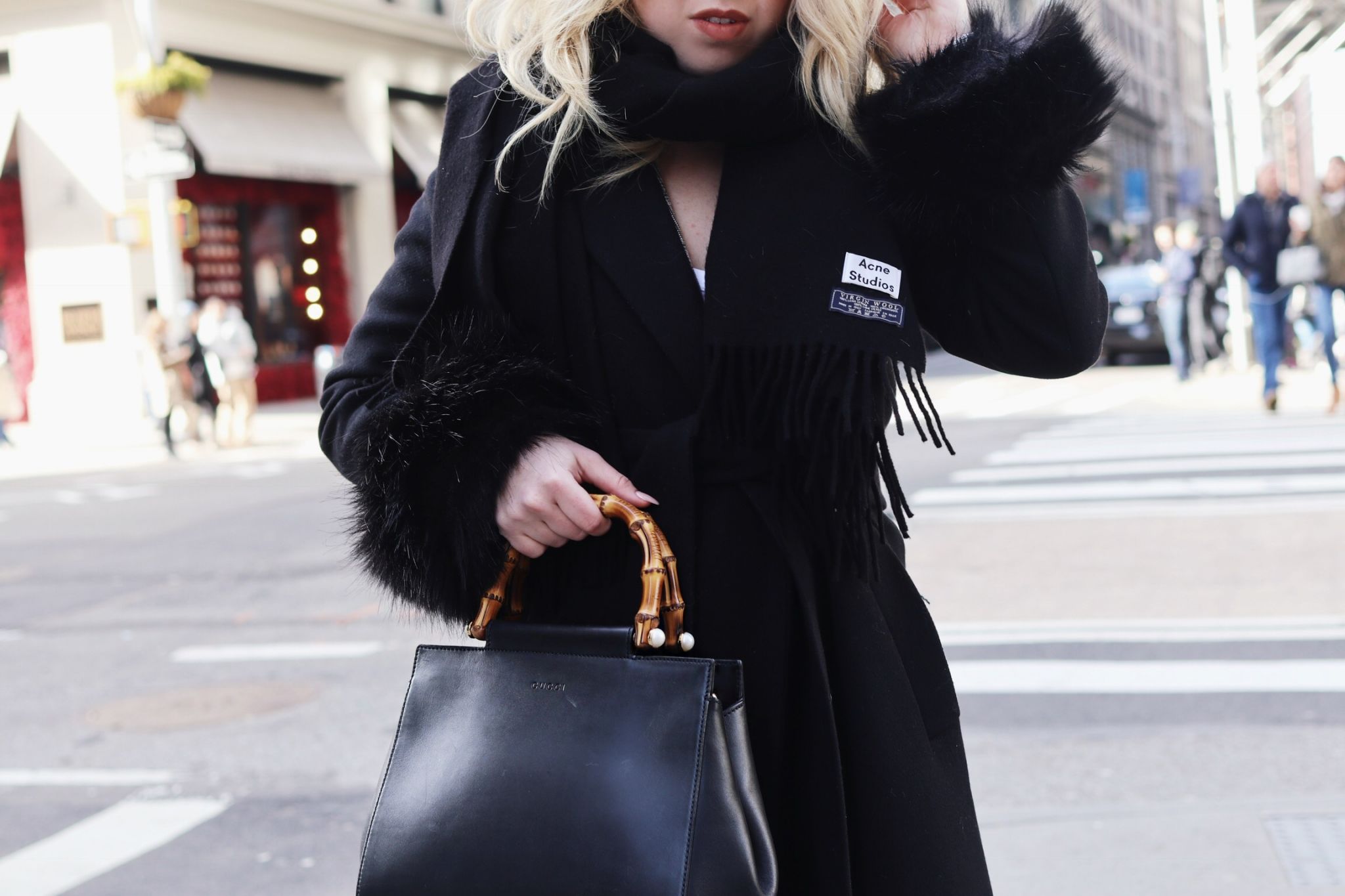 When it comes to my wardrobe, I always have a couple of fashion rules I live by. One of my main fashion rules is that I never buy the same item in multiple colors. Why? Well, that is because I always end up having one favorite color, which makes me not want to wear the other color at all. I do not like to waste my coin, so hence me only buying one color of whatever item. However, every rule is meant to be broken some way or another. Sometimes, you encounter that one item that just changes your whole closet game. You end up wearing it so much, you low key start considering getting it in more shades. Well, that's what happened to me and the Acne Studios Canada Scarf. I already own it in two other shades, but I decided that I wanted to add another one to my collection. Say hi to my new Acne Studios Canada Scarf in New Black! 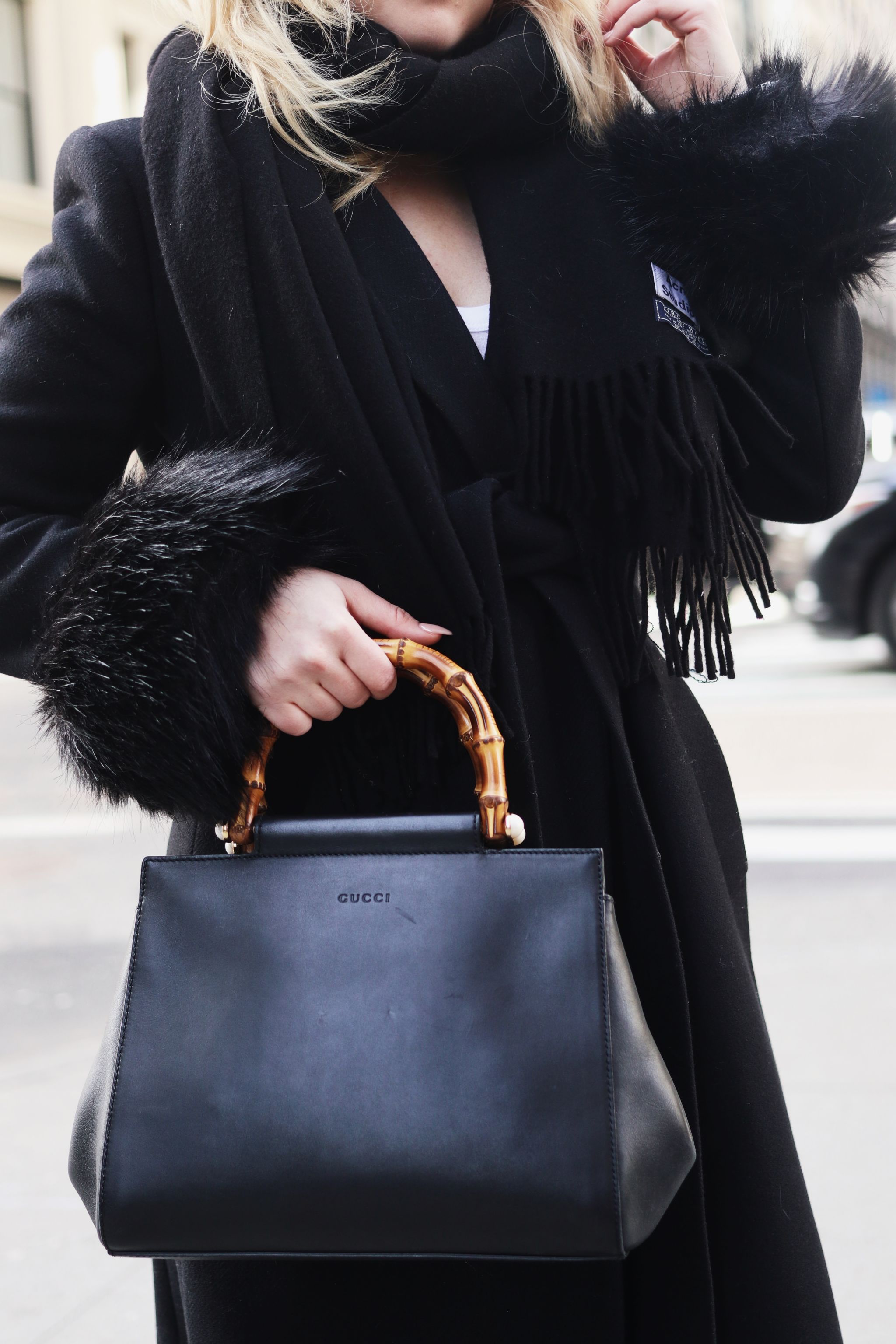 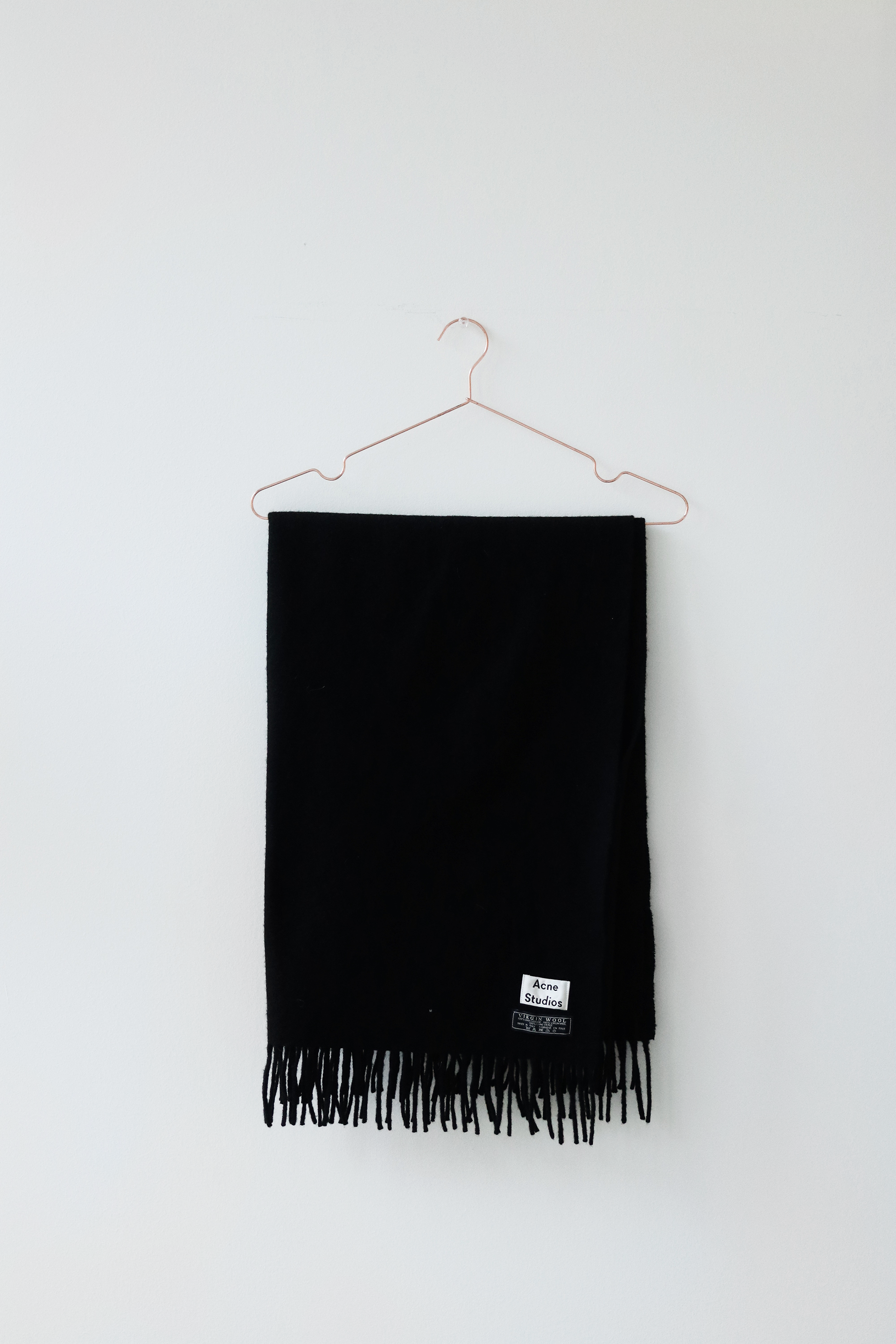 "The Acne Studios Canada New Black is an oversized wool scarf with fringed detailing - it's the perfect essential for any capsule wardrobe." 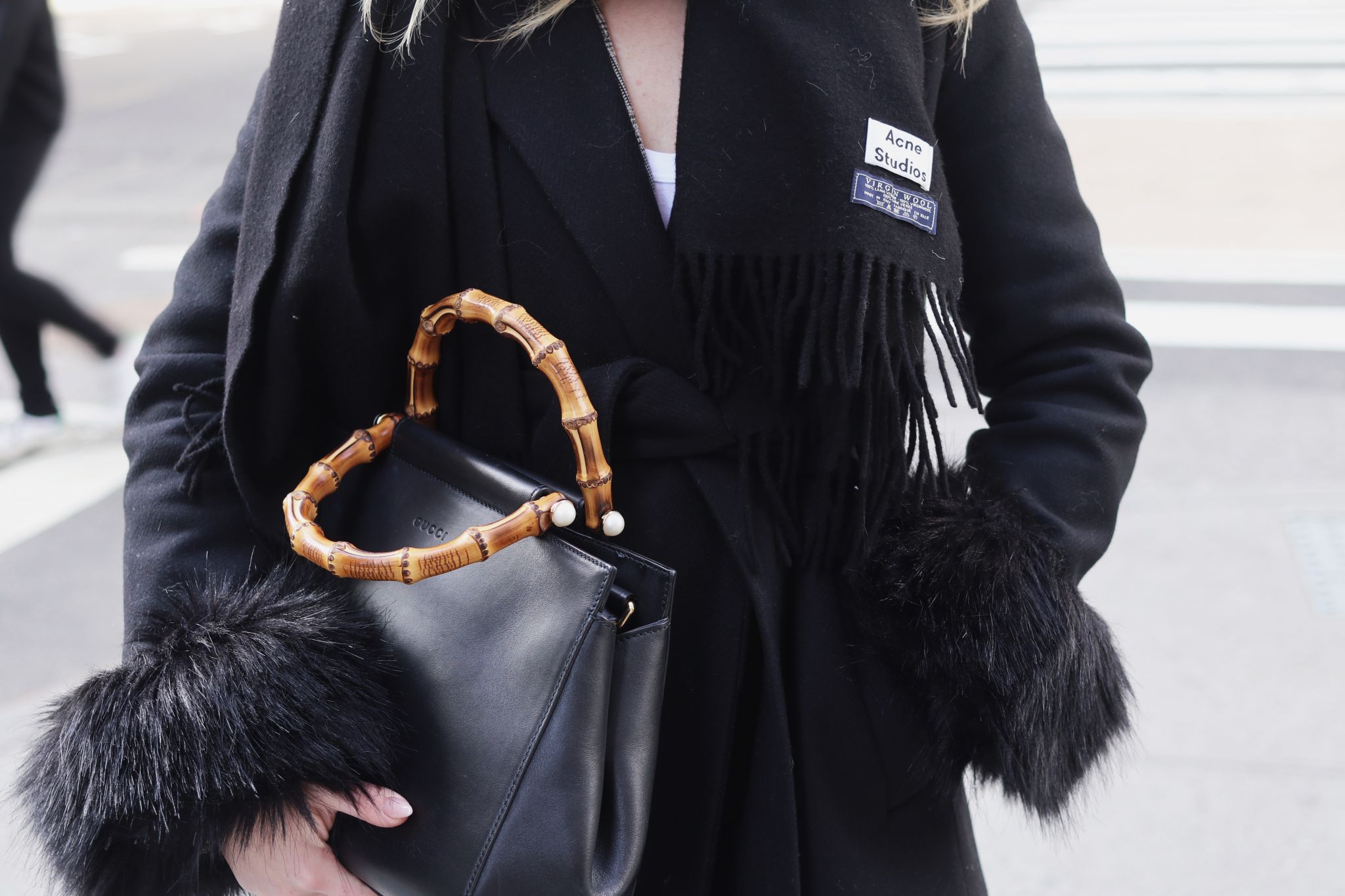 Although I love my two other Acne Studios Canada Scarfs, I realized that I was missing something. I often wear all black outfits in the Winter, especially because most of my coats are black too. I felt that a lighter scarf would sometimes kill the vibe of the outfit. Furthermore, if I wanted to look a bit smarter, this scarf in New Black goes perfectly with my look as well. That's why I added the Acne Studios Canada Scarf in New Black to my collection, and I definitely don't regret it.

Like the other Acne Studios Canada Scarves, this scarf is made from 100% wool, and has a subtle Acne Studios label on the bottom. Because they are made from such good quality, they are wind-proof, and keep you warm (even during these colder Spring days). I also really like the fringed detailing at the end of the scarf, because it adds a nice effect to any of my looks. 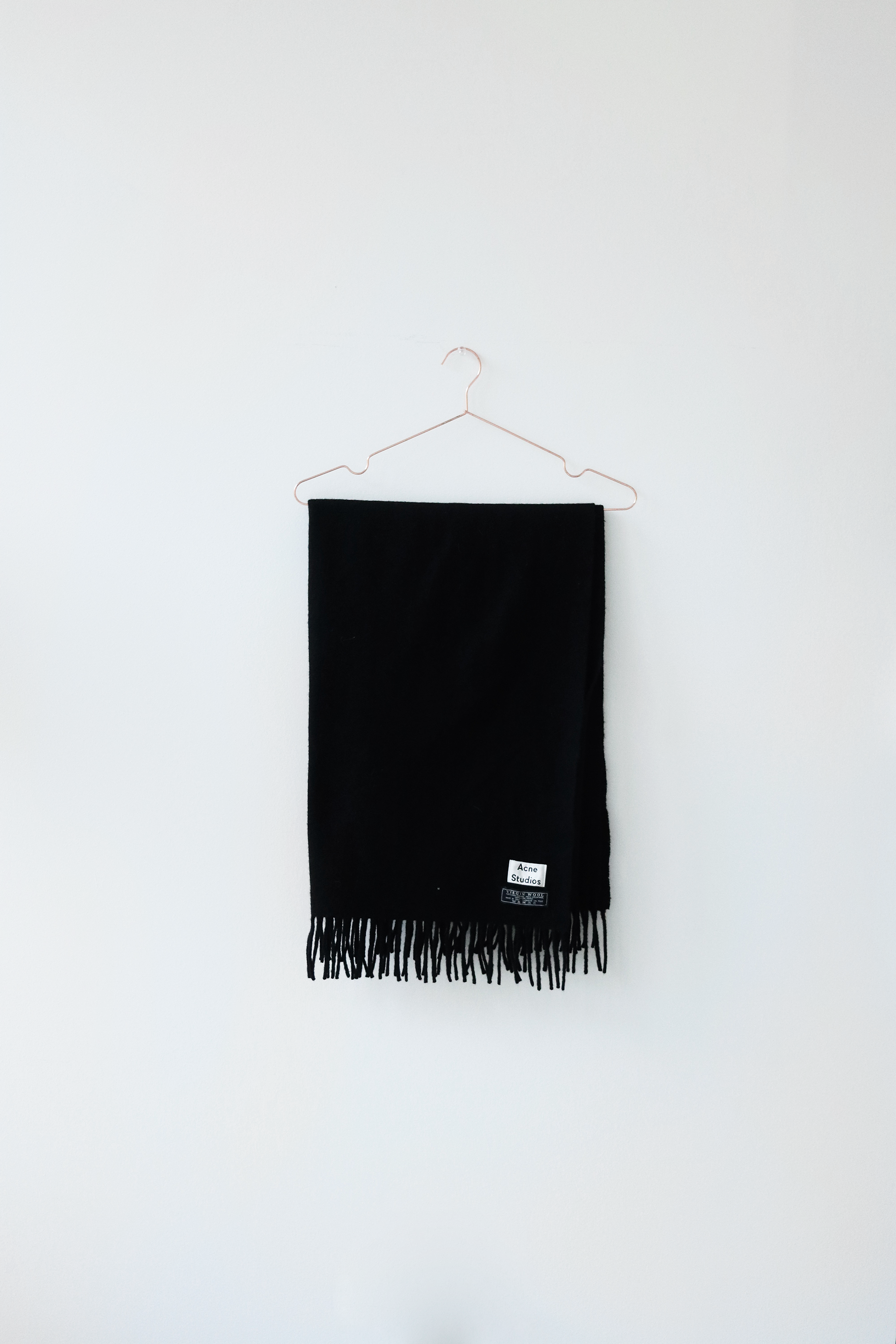 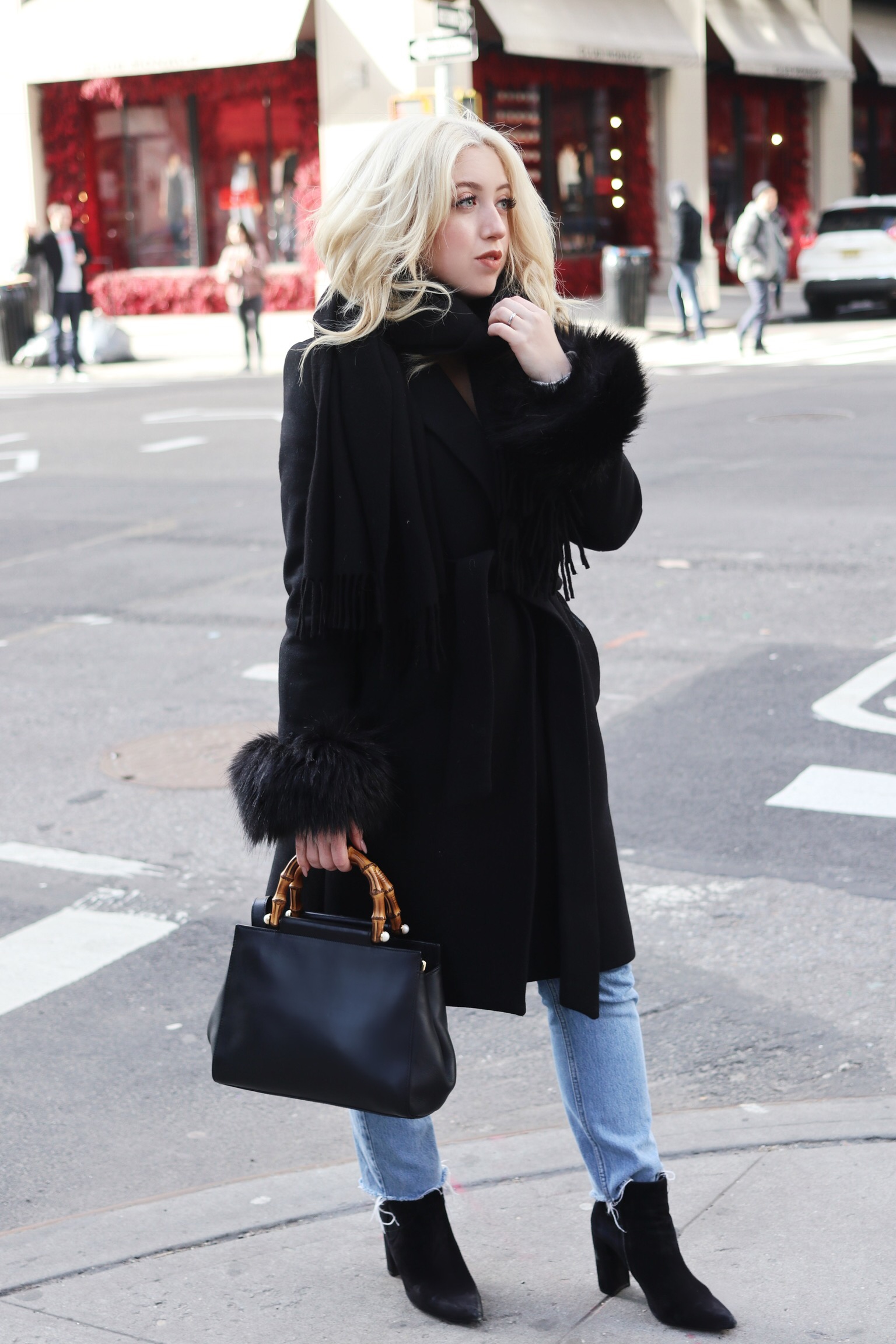 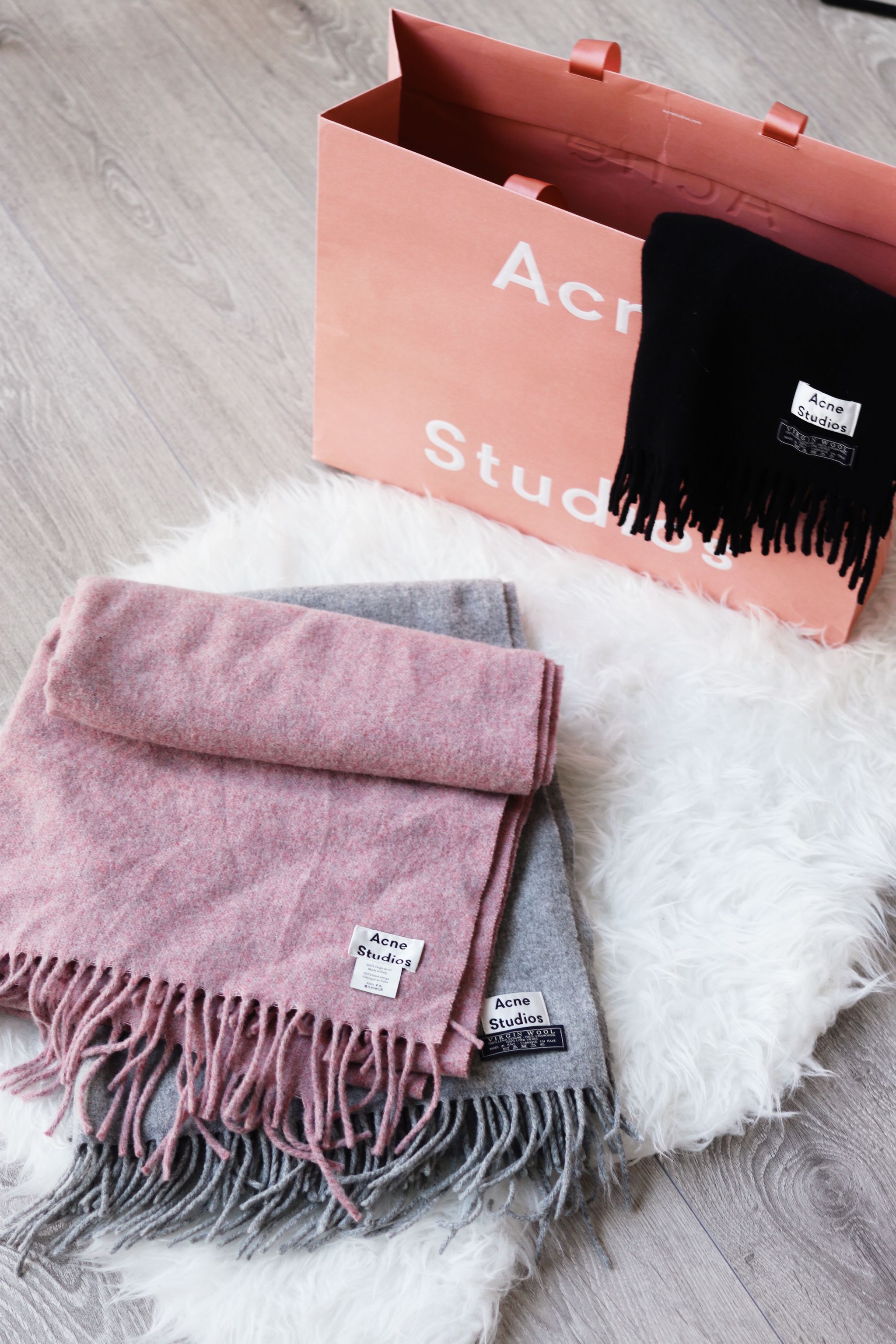 DO I GET THE COST PER WEAR OUT OF IT?

This is probably the main question you have on your mind: Do I get the cost per wear out of my Acne Studios scarf, since I already own two others? Or should I have sticked to just one or two I already have? When I first bought this scarf, I was a bit worried abou its color. Black attracts all types of dust and fluff, and with my busy lifestyle, I am not really looking for high maintenance pieces. However, I have to say that this scarf doesn't attract as much fluff as I expected it to. Using a lint roller is required, but other than that, this scarf is not as difficult to keep clean as I thought. Keeping in mind that this Acne Studios Canada Scarf in New Black goes perfectly with all black outfits, and looks a bit more smart than my other ones, I definitely got a good cost per wear out of this scarf as well. So yes, I do believe that investing in this scarf in New Black was worth it, and I would highly recommend an Acne Studios Canada Scarf to anyone!

HAVE YOU EVER CONSIDERED INVESTING IN AN ACNE STUDIOS CANADA SCARF?

P.S. Want to read more about my other Acne Studios Canada Scarf? Check out this blogpost as well!