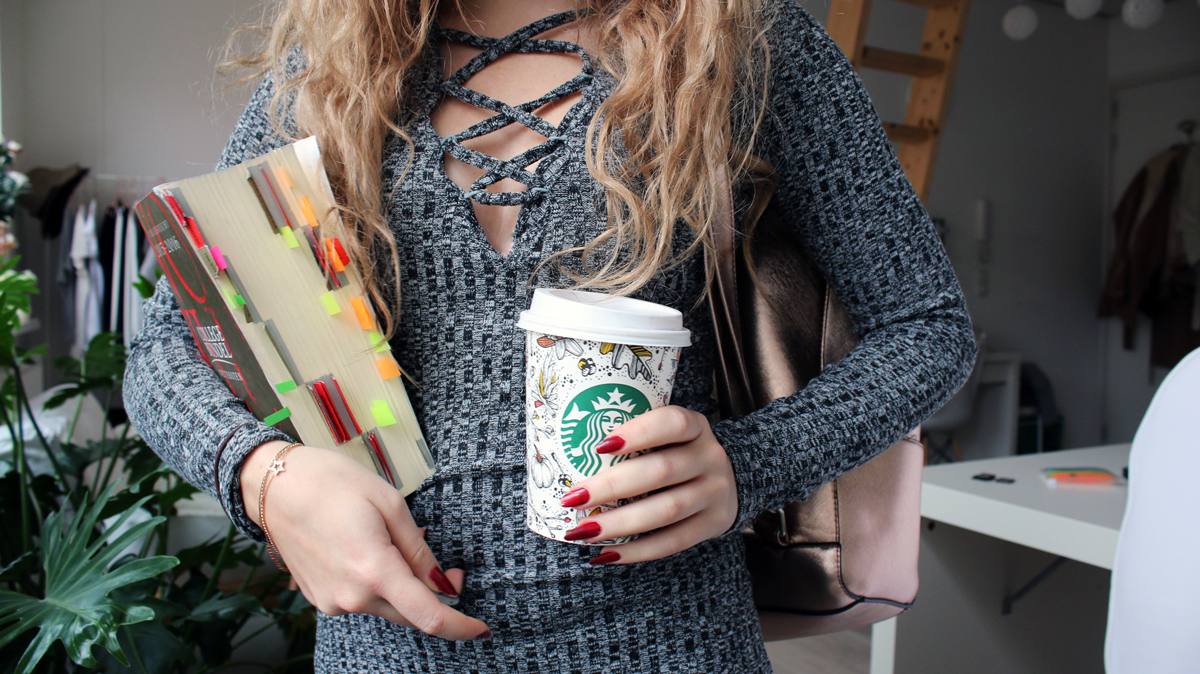 Hi guys! Sorry for posting this blogpost a lil’ bit later than usual, but I actually had a fun night yesterday and I didn’t really feel like editing a whole video at 4 o’ clock in the morning. I’m pretty nervous about this video though, because I’m starting a new Youtube series. It’s called Law School Vlogs and I think the name is pretty self-expanatory. As most of you probably know, I’m a law student at the University of Groningen. I’m now in the third and last year of my bachelor. I thought it would be interesting to daily vlog a week of my law school student life, especially because so many of you asked for it!

So yeah, in this vlog it’s the first Monday of my second half of the first semester, which means new courses. I’m very curious about your opinion of this vlog, so definitely let me know in the comments below! I still find vlogging kind of awkward, especially when I’m vlogging at uni. I still think this vlog turned out pretty interesting (or at least, that’s what I hope!). I’m not sure when I’m going to post the next vlog, but it will be definitely this week as well!

Oh and by the way: my heart goes out to Paris and all the other terrible things that are happening in the world right now. This is one of the reasons why I just hate watching the news: I do it because it’s important, but it makes me feel so sad to live in a world where people rather murder each other than help humans in need. We all can change the world though: start treating everybody near you with love and respect and I assure you that you will make that little difference that could help to change the world completely. One love guys.

What do you think of my new Law School Vlog series?