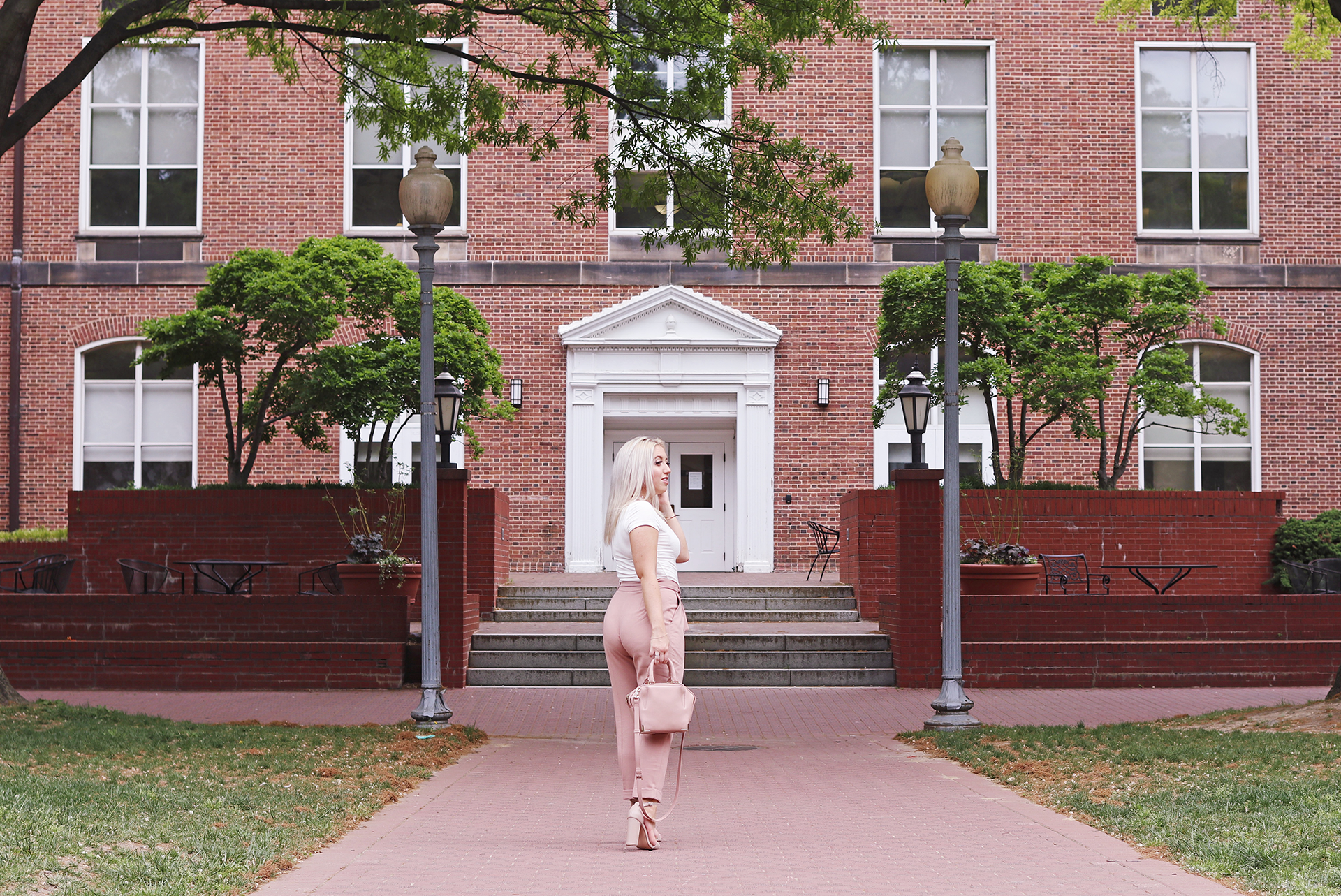 Dear Diary... This was the last day of my old life. A life as an ambitious law student in Washington DC at the George Washington University Law School. A life filled with sleepless caffeinated study nights in the law library, long calls with my girls about how much we wanted to cry over our papers, and friendships I made for a lifetime. It's time to say goodbye. This is my last day of law school; and the first day of my new life. Today, is the first day of a new beginning. 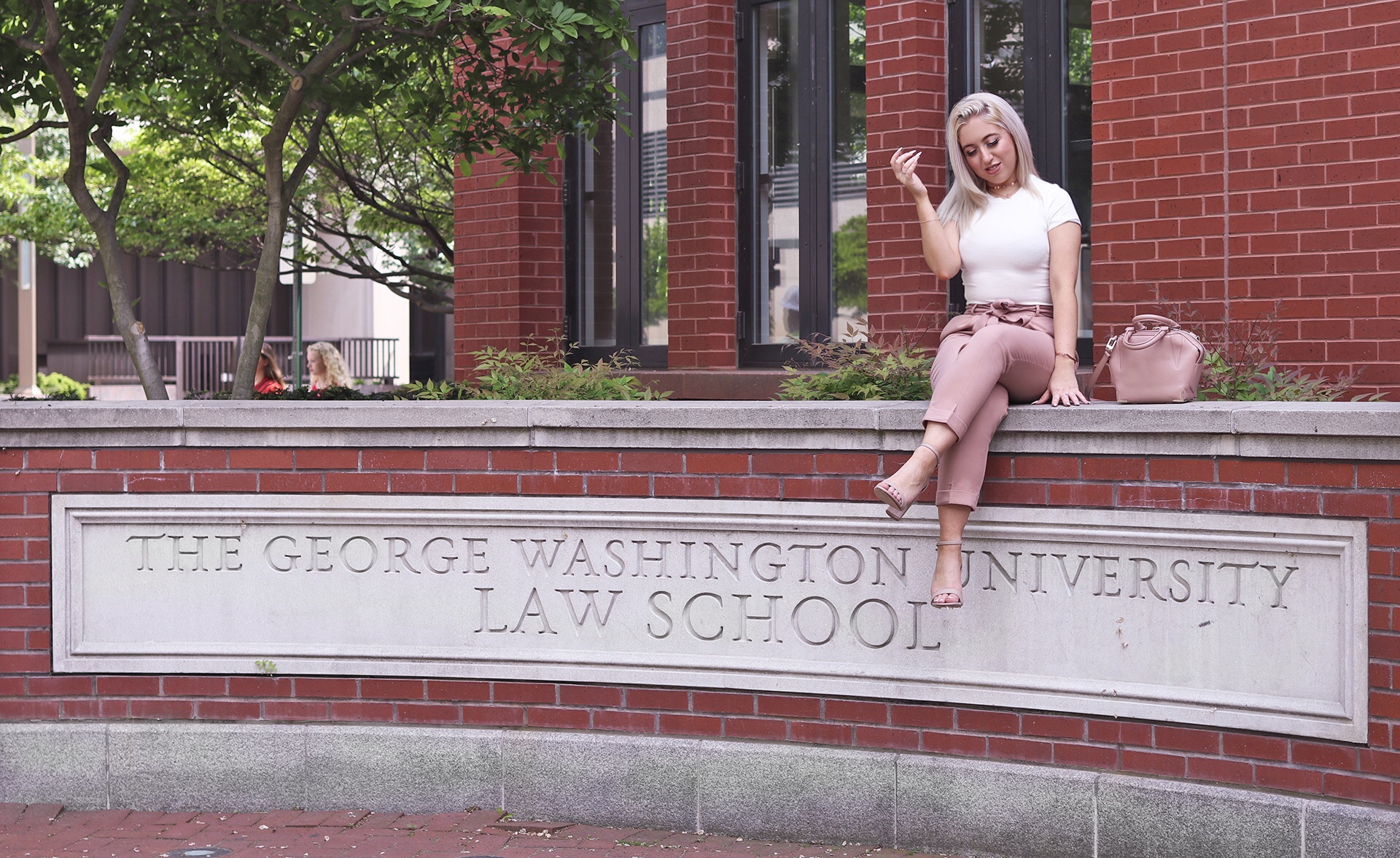 September 2014 was the beginning of one of the biggest adventures of my life: After finishing high school, I started my Bachelors in Laws (LL.B.) at the University in Groningen. I had to leave my home town and move to a city 3 hours away from my old life. At that time, it felt like I was moving so far away - if I only would have known what life would have in store for me... Even though I had no idea what law school actually entailed - the subjects I had during my high school education were not really related to law in any type of way - I immediately fell in love with the idea of the law, the legal system, and becoming a criminal defense attorney. I thought this would be the path for me and I gave it my all. Although I didn't finish the 3 years of my Bachelor cum laude, I still got an average grade of 8.0/10. Additionally, I finished a Honours College degree as well, and had multiple student research assistent positions due to my passion and ambition. This is all aside from being an online entrepreneur as well, and running my own business as an online inspirer and stationery webshop owner.

After graduating from my Bachelors in Laws, I wanted to pursue something different. I realized that becoming a criminal defense attorney was not something that would make me happy. Practicing law is great, but I just felt like it wasn't for me. I was way more interested in the theoretical and philosophical issues surrounding law and the legal system, rather than actually becoming a lawyer. That is why I applied for the Research Master in Law (LL.M.), a very selective 2 year Masters degree focused on research and preparing yourself for a PhD, and for an additional Bachelor in Philosophy of a Specific Scientific Field (B.A.) to further my knowledge on my beloved philosophy. After being accepted for the Research Master, and becoming a double degree Law & Philosophy student, I was really satisfied with what I was studying. I loved the courses I had to study for, and I really thought I had things figured out for myself. However, there was one thing - a thing I never really wanted to do that much either, that kept coming up in my thoughts: studying abroad.

Every person I talked to that went abroad for a semester or two, always had the same answer: "You have to do it Lilia, it would be great for you!" However, I am the type of person that can be very sceptical about a lot of people telling me the same thing. I don't know why, but the more people tell me to do something, the less I want it. However, their great experience did spark an interest for studying abroad in me, so I started doing research. I ended up settling for an exchange program with George Washington University Law School, a great American law school located in Washington DC. After a very stressful application procedure (only 2 students were allowed to participate in this exchange program with my university), I was very happy I got in.

After finishing my first year of the Research Master in Law and the Bachelor of Philosophy of a Specific Scientific Field, I had to pack up all my things and move to Washington DC, in the United States of America. All by myself, without knowing anyone there. It was not easy, let me tell you that. I thought moving from a small town in the Netherlands to Groningen was a big step, but it didn't compare in the slightest to the shock I had when I moved to DC.

Not only was it hard to suddenly start studying a completely different common law system in a foreign language, even stupid things like finding an apartment that I felt at home in, figuring out what foods I liked in the grocery shop, or how to answer the typical American opening sentence "hey, how are you" were hard. It was the combination of adjusting to a different life, a new culture, while also being thrown into a very difficult educational system that made things challenging.

However, after two months of studying at GW Law, I decided I wanted to stay longer in the US. I started to love my life in DC and I didn't want it to end so soon. I applied again for GW Law, but this time as a fulltime General LL.M. student, rather than just an exchange student for 1 semester. Fortunately enough, I got in again, which meant that I could stay for another semester in DC. When it comes to my studying experience here specifically, I found studying in the US is more difficult than in the Netherlands. This is not because the level in the Netherlands is lower or something like that. It has more to do with the crazy competitive and ambitious culture in the US, contrasting the very chill and relaxed atmosphere in the Netherlands in regards to law school. Not only did you have to compete with students that are older than you (I was 22 while most American JD students were 26), way more competitive, are born in this country, and have more knowledge about the system and just the American culture in general, but also because the workload is more challenging here. I had 6 full on courses every semester that were mostly 2L or 3L coures, rather than the usual 4 or 5 courses I had back in the Netherlands. Another thing that made it more difficult was the fact that you are graded on a curve, rather than in an absolute manner like in the Netherlands, creating a very competitive and stressful atmosphere. You would often find students sleeping in the law library at 3 am - while in the Netherlands law students were going on a pub crawl during that time. Another aspect which made law school a challenge here, was that the American professors used the Socratic method, or the system of cold calling. This meant that every student would be called on some time during the year, and had to be able to answer all questions perfectly. If you did not prepare your lecture and a professor called on you, you had the bear the consequences of getting a lower final grade for the exam.

Even though this all sounds very terrifying, in the end, I graduated from American law school with a GPA of 3.52 and being in the top 15% of international students at my school. And I am very proud of that. This just shows that you should never doubt yourself. Even if you think you cannot do it - and trust me, I often thought I was just too dumb for American law school - you will still find the power within you to succeed. If I can do it, you can do it too. 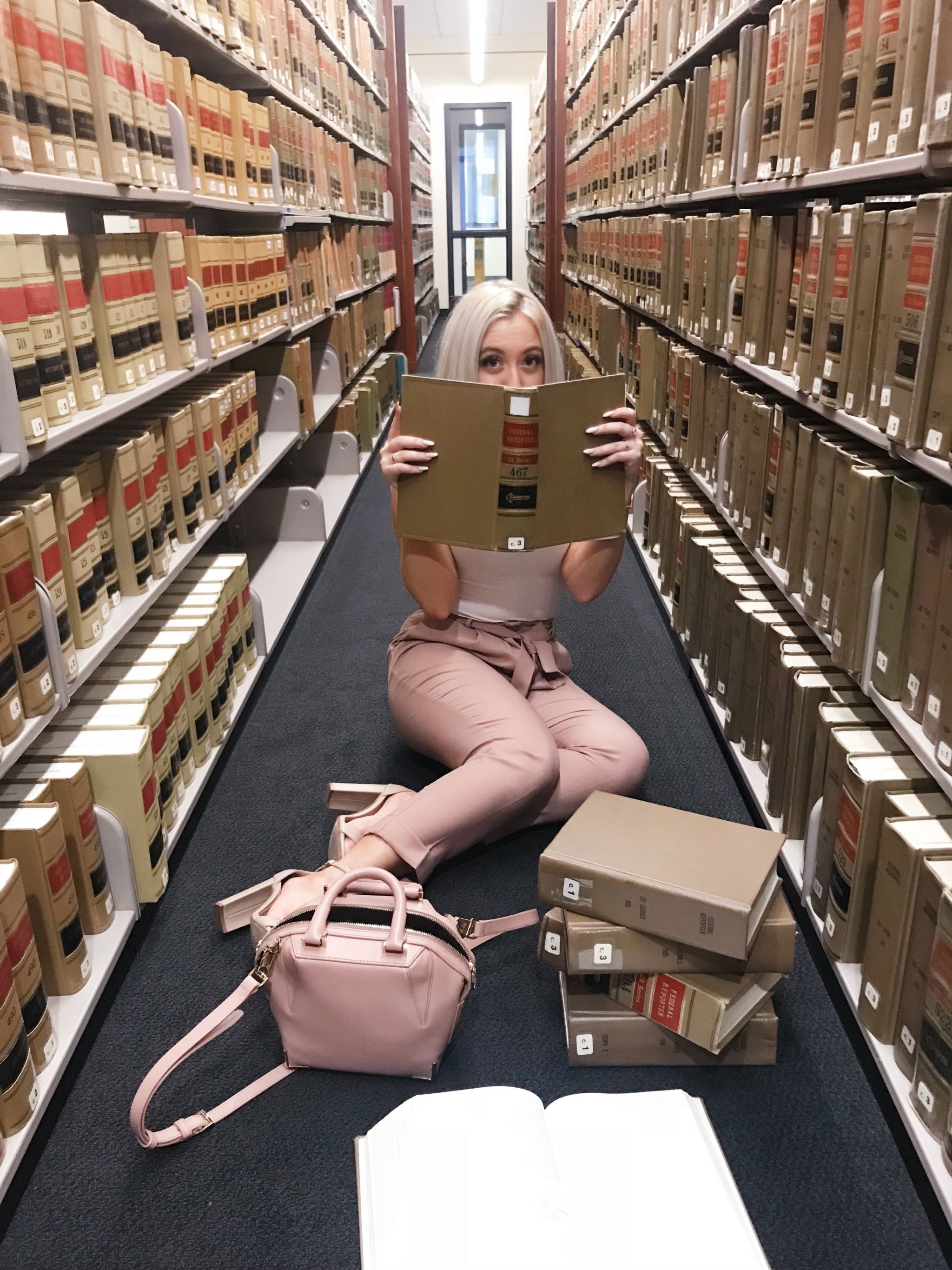 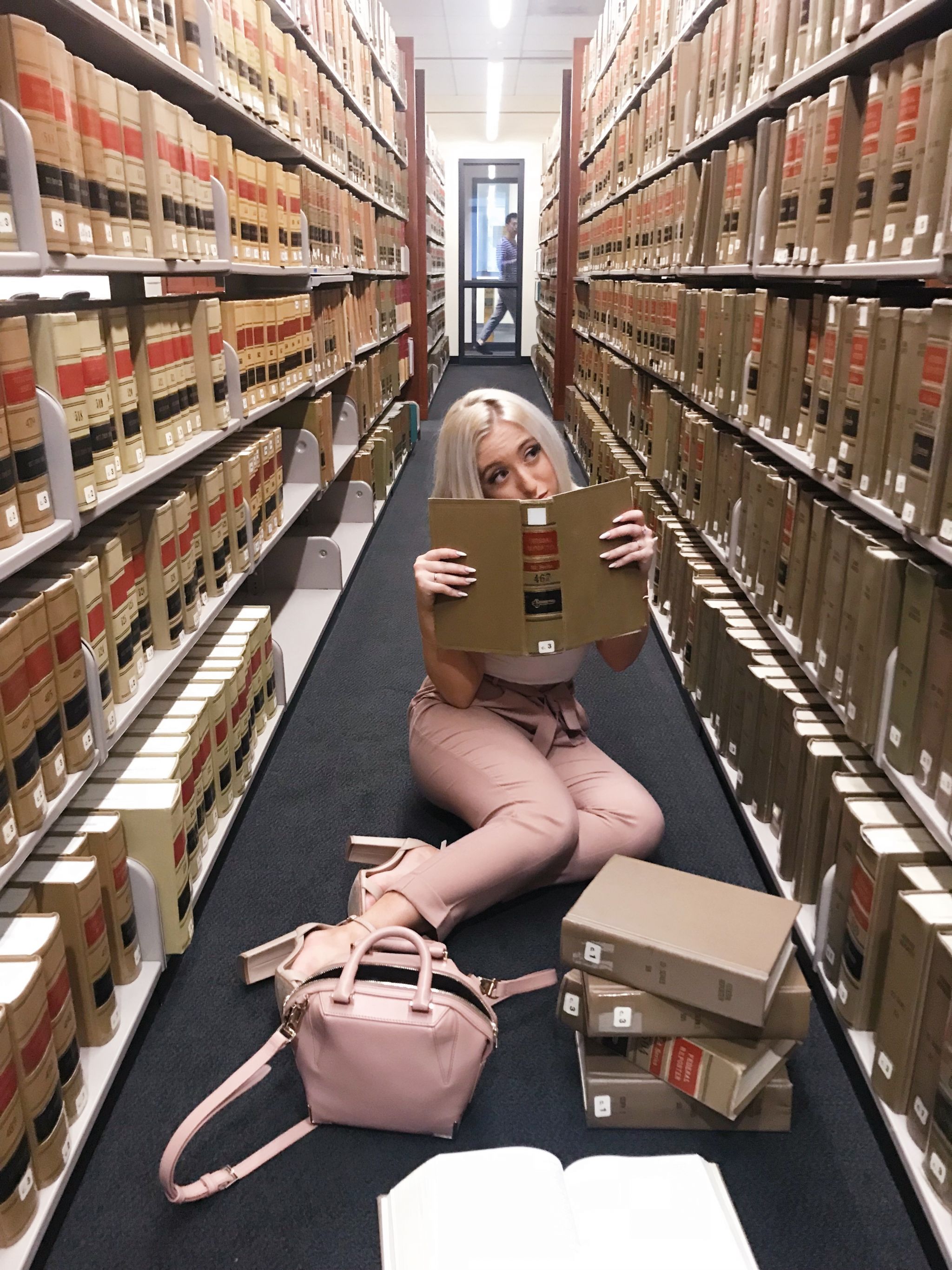 Now that I finally finished my law school finals, it's time to take a moment to think about my future plans. I never thought this moment would come so fast, especially since I still have 2 degrees left back in the Netherlands. I often got the question if I was planning on moving back to the Netherlands to finish them or not. To be completely frank, I don't really know. I have a time period of 4 years to decide if I want to finish these degrees or not. On the one hand, I loved studying for my Research Master in Law and my Bachelors in Philosophy, and I would really like to finish them. On the other hand, I also want to pursue my dreams here in the US, especially because I am certain of one thing: I don't want to live in the Netherlands. To finish both of my degrees back home, I still need around 3 years. Moving to the Netherlands for 3 years, and losing the opportunities and everything I build here in Washington DC just doesn't feel right. For now, I am staying in DC - maybe I will change my mind after a year, maybe not.

Another question I've received a lot is if I'm planning on doing anything with my law degree, since I said I wanted to pursue being an online inspirer full time. To be honest, I really dislike this question. In my opinion, a law degree is more than just the formal ability to practice law. A law and philosophy degree teaches you impeccable reading and writing skills, argumentation and logic, and analytical thinking. And if you look at it like that, yes, I am totally going to do something with my law degree. It's okay to not pursue a traditional legal career with your degree. In the end, you need to do something that will make you happy - isn't that what we all want? My current future plan is to build a life for myself here in the US, and to start a second new company in the US focusing on Social Media Consultancy & Promotion and Online Content Creation. I want to see how this year will go, and then decide from there. Maybe in a year time, I will miss law school and go back to the Netherlands to finish my degrees, or maybe I will pursue an internship here. Or maybe not. The only thing that I can say right now, is that I will take any opportunity that crosses my path. 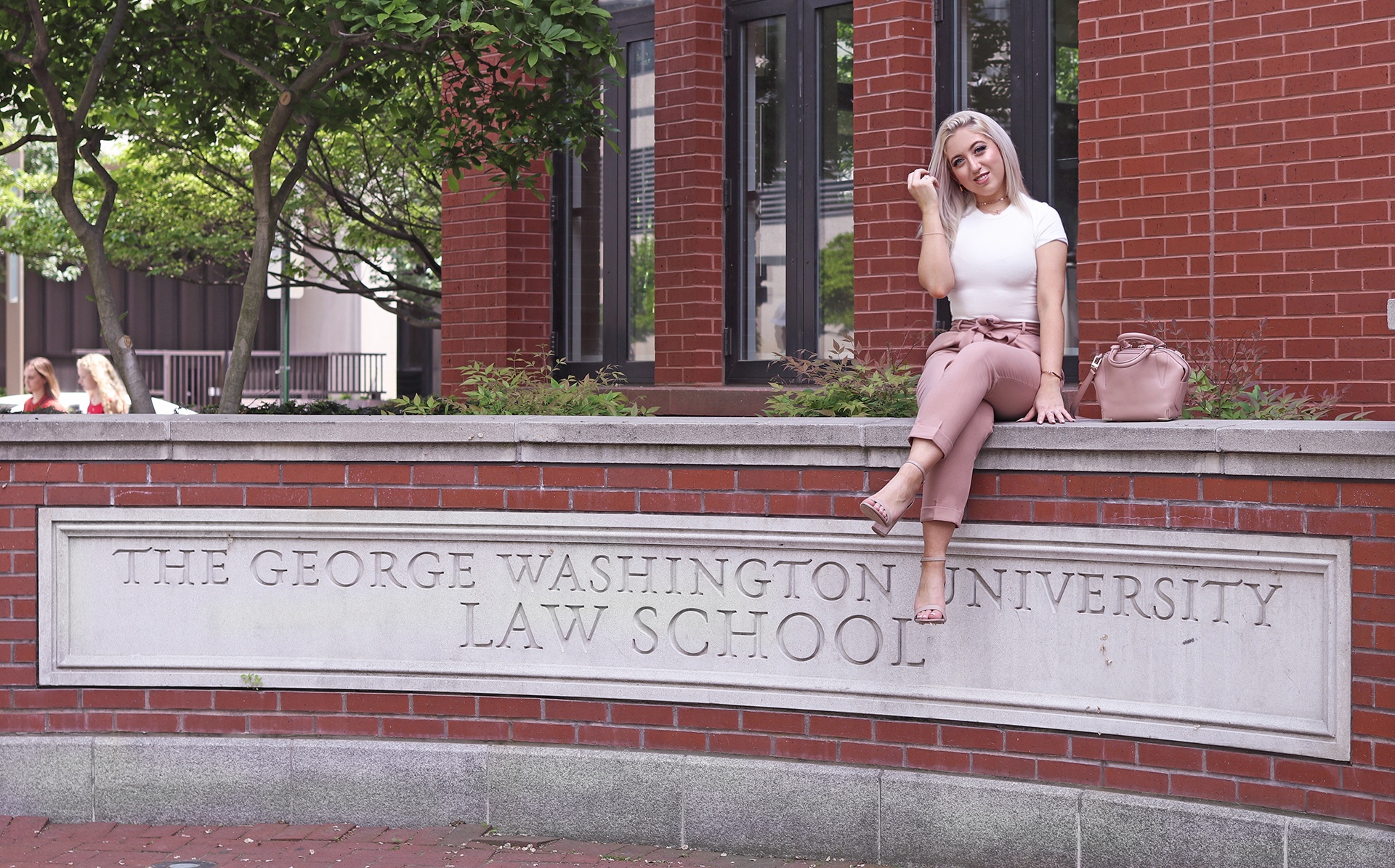 I know you guys all love my DC Diaries, and I am so happy that you do! In my newest DC Diaries, I am showing you how my last week of law school was. Very stressful, hectic & mental, but I am glad that it's over. Definitely watch it if you want to get a better insight on how it is to study law at an American law school. Now it’s time to destress, focus on my physical & mental health, but also start working on my new projects! Thank you for being on this journey with me.

ARE YOU ALSO A STUDENT? IF SO, WHEN DO OR DID YOU GRADUATE?