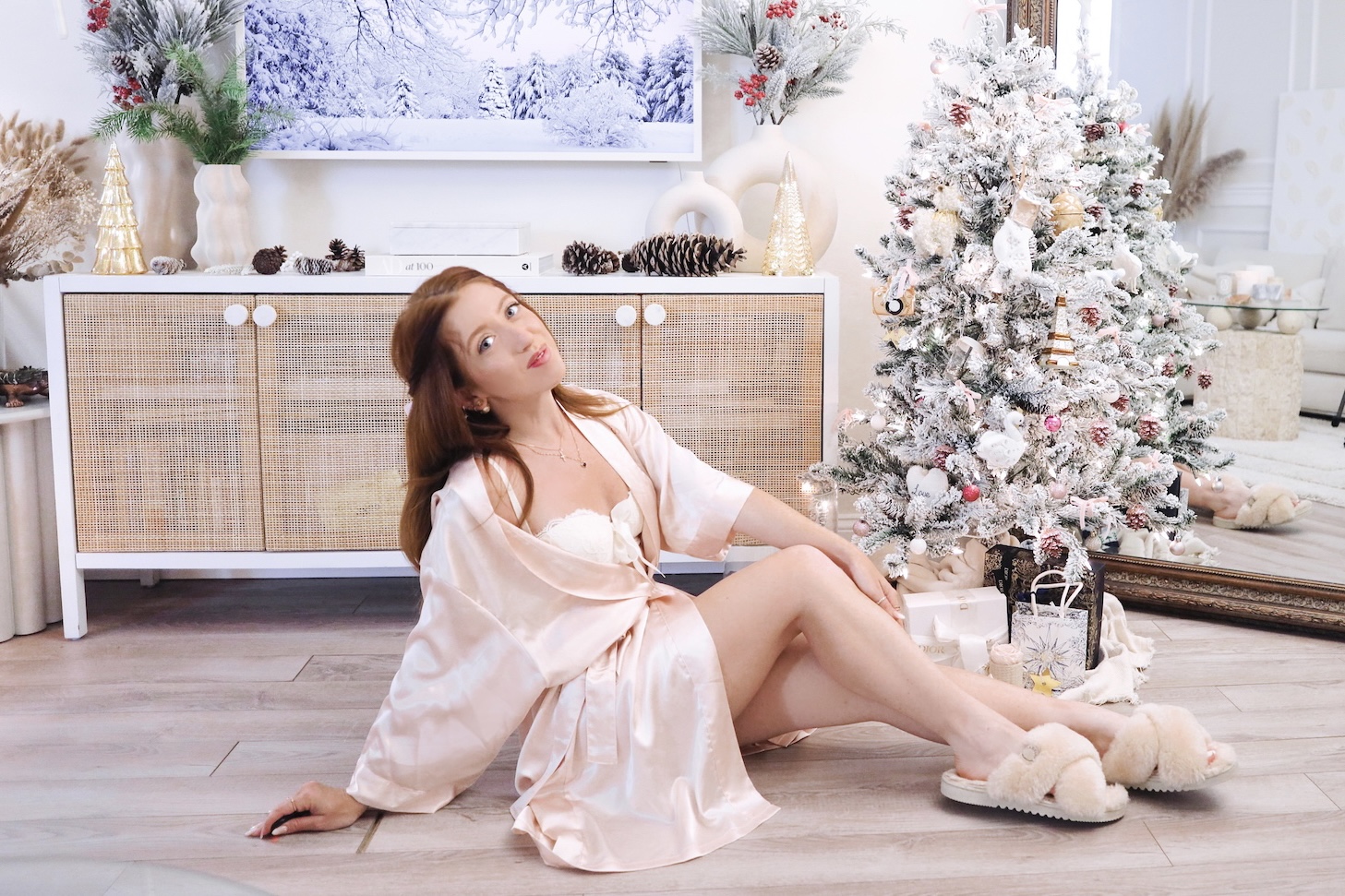 The end of the year has become an analogy for posting curated highlight reels on Instagram, sharing profound wisdom with the world, and announcing if you are either team "new year, new me", or team "new year, same me" to your followers. However, as cringe-worthy as deducting 365 days to 15 seconds has become, as an ex-philosophy student and pro-overthinker, I've always applauded these traditions. Through all its superficiality and overflow of extreme highlight content, this was the only time of the year the majority of people stopped looking for external validation and turned their gaze inward. It's the nearing of the new year that evokes self-reflection. For once focus on inner work, and the process of thinking in itself becomes trending. Thus, I want to use the end of the year to justify sharing some of my thoughts and life lessons of 2022 with you as well. 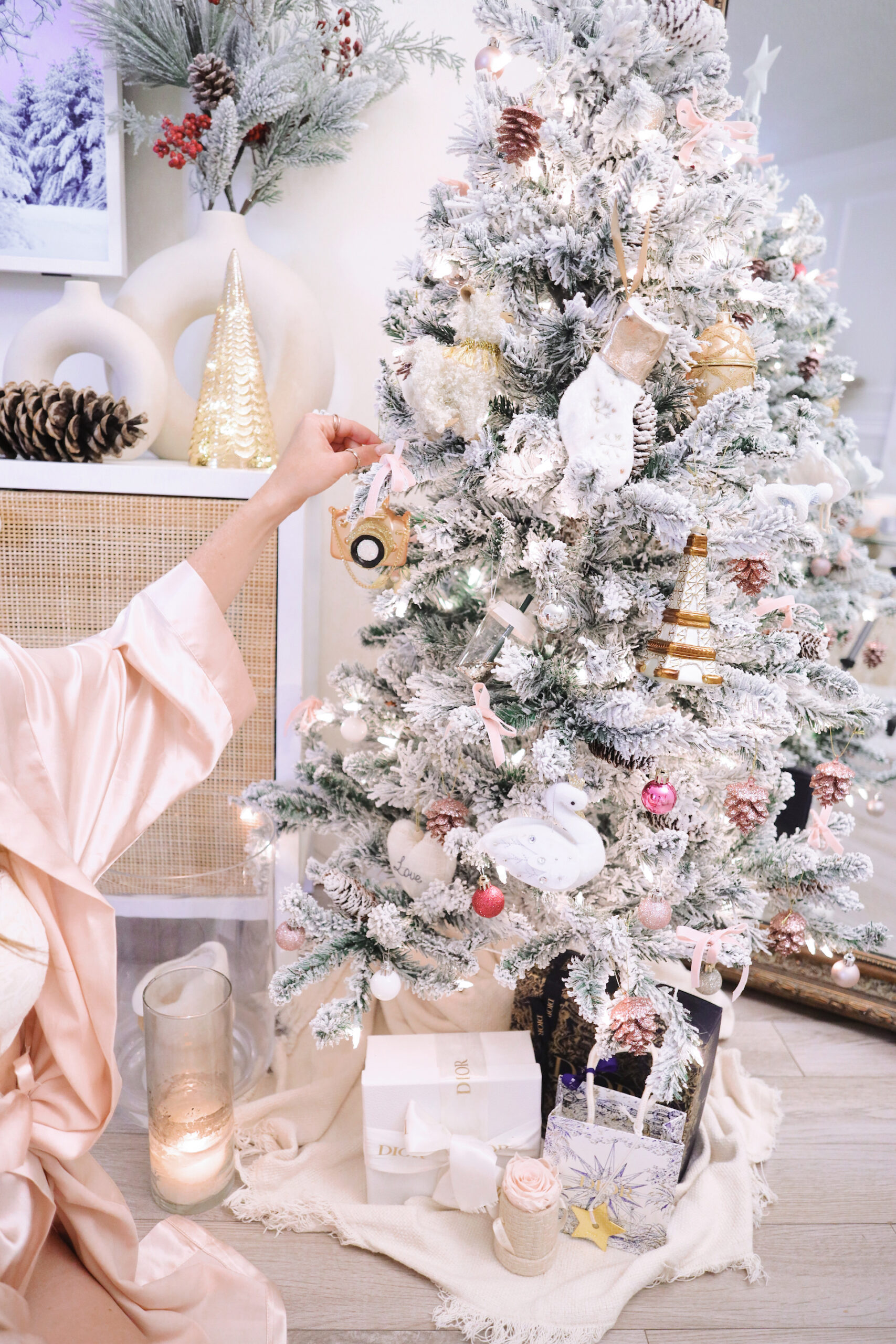 1. Life is cyclical - so is your suffering. One of the ideas from my Philosophy student days that has changed how I view the world is the concept of time. In Buddhism, as well as Ancient Greek Philosophy, time was not perceived as linear, but as cyclical. The Ancient Greeks differentiated between the linear passing of time called chronos (where our term "chronological" stems from), or kairos, which stood for the "right" or "opportune moment." Kairos was used to describe that feeling of time standing still: the experience of being in the perfect moment. Kairos was used for important decision-making (in Ancient Greek times, usually that meant the contemplation of one going to war or not). In Buddhism, the cyclical world, or samsāra, revolved around birth to death and rebirth. The goal of life was to free yourself from the suffering of this repetitive cycle. This year, I was reminded again of the cyclical nature of time. There were magical moments when I felt like time was truly standing still, and I will cherish them indefinitely. However, I also found that throughout the year, similar things were happening to me over, and over again. From making the same mistakes to attracting the same type of emotionally unavailable men: Being able to recognize these events as cyclical, and part of my own behavioral patterns was the first step to ending my suffering. It was time for me to end my vicious cycle by using my newfound awareness to make different choices. So if you feeling stuck, try to zoom out and focus on your bigger, existential picture. Are there any actions or events in your life that are strangely common and repetitive? If so, that's where you will find the solution to your suffering.

2. Setting boundaries is everything. I believe everything in life is energy, and every relationship is transactional. And no, that's not because I finally assimilated to LA transplant girlie culture, and I use the words "vibe" and "energy" in every other sentence I utter. I also don't think relationships are transactional as in "tit for tat" or equivalent retaliation. Instead, I imagine every being, activity, and thought as an energetic source. Everything in life is a constant push and pull between giving and receiving this energy. When you focus your attention on a goal or person, your energy will flow there. Vice versa, when you spend time with people that lift you up, their giving energy will flow to you. However, sometimes focusing our energy on something or someone can feel one-sided. We experience giving our energy to them, while nothing is being received in return. Over time, our energetic cup becomes empty, and we become drained. That is why at the core of our existence, all relationships are transactional: where energy flows, the source will empty. I never understood the importance of setting boundaries, until I realized how much energy I was giving away to people that did not fill up my cup. This lesson wasn't easy for me. I'm naturally a very empathetic person, and inspiring people is what makes me feel alive. However, after particular social encounters, I started noticing how tired, emotional, and empty I felt. More often than not, this happened in my dating life. Sometimes it makes my head spin, thinking about how much of myself I have given to men who did not appreciate it. I realized that even if I felt connected to a person, I had to protect my energy first. Setting healthy boundaries, cutting off people when they made you feel drained, and saying no even when I wanted to say yes - it's not easy, but it's so worth it in the long run. 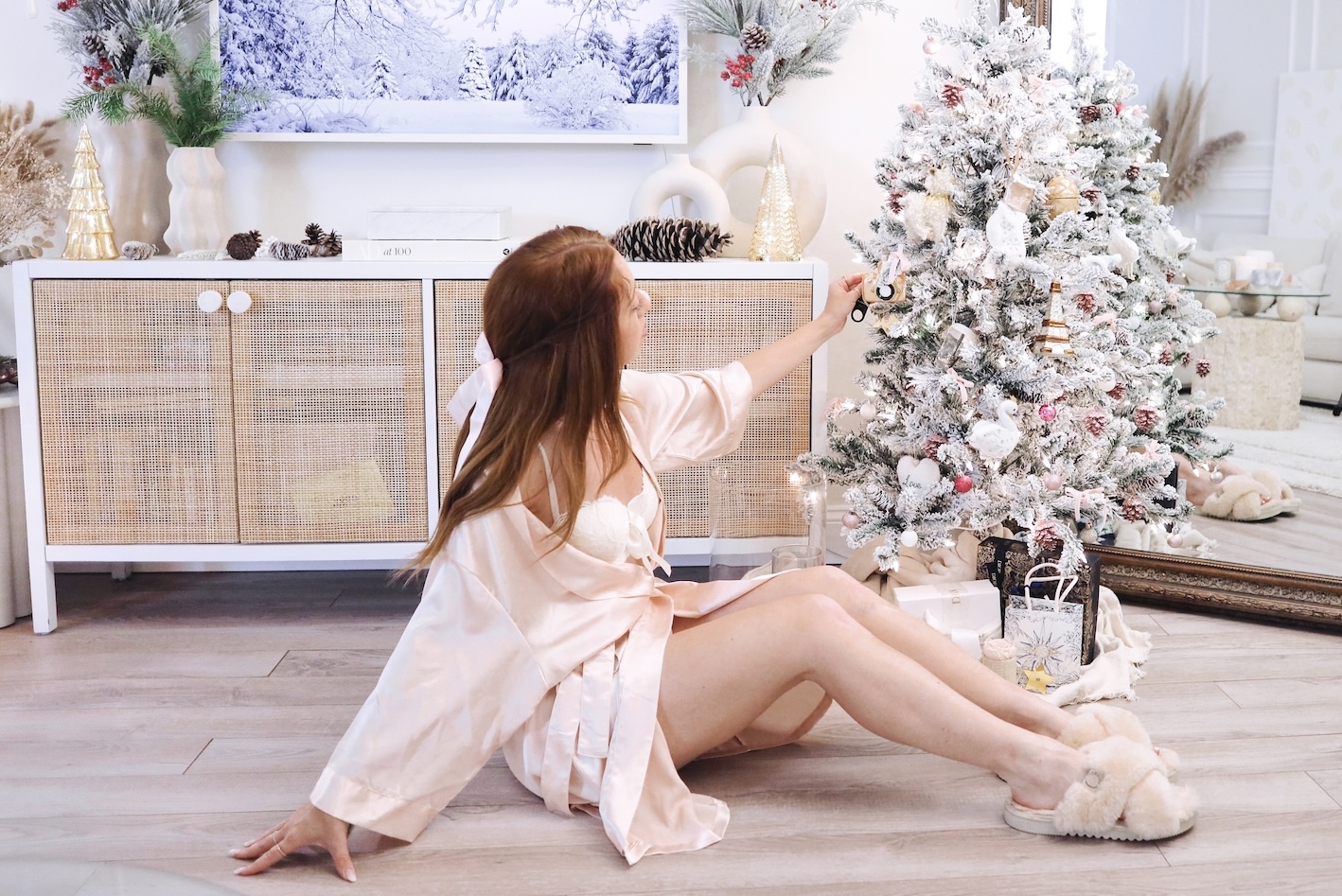 3. Every person you meet is a life lesson waiting for you. My next life lesson is realizing how every single person I've met has enriched my life. As an existentialist, I don't believe life has a particular meaning, nor that people come into our lives for a reason. However, that does not mean that every single person you meet cannot teach you valuable and useful lessons - especially if you listen, and treat them with kindness. I think it is up to you to give your life the meaning or purpose you want it to have, and the people you meet can play a big role in that. The power of meeting and learning from people is something I truly discovered this year. After feeling isolated during my first years of living in LA, 2022 was the year I finally could go out in the world, and meet many different people from all walks of life. I've noticed that even the people I seemed to have nothing in common with, ended up saying something that resonated with me or taught me a new perspective. This was also the case for the people that did not treat me nicely - they all taught me something I needed to hear or experience to grow and further myself. The only way I've been able to adopt this perspective is through practicing gratitude and treating everyone with kindness, notwithstanding how they treat me.

4. True love is not about who you love, but about your capability to love. 2022 has radically changed my perspective on love. I've always considered myself a hopeless romantic, combined with a hopeful pessimist at heart. On the one hand, I believed in the epic romance novels and love stories I would hear. On the other hand, I've seen many examples of toxic relationships, unrequited love, or complacency with couples. It made me wonder what true love was, and if it really existed. I wanted to believe, and even more so, I desired to radiate this love to anyone who needed it. It took falling in love and getting my heart broken once again to realize true love is not about reciprocity, nor the person you fall in love with. Real love is about the capacity to love in itself. Instead of seeing every breakup as a hit on my beliefs about love, I began thinking of it as evidence of true love existing: the proof of my ability to love wholeheartedly. The ability to fall in love is magical, and even though it might not lead to that one true love we hopeless romantics dream of, it is proof that true love, as an act, is most definitely real.

5. Love is an act of courage. My final life lesson of 2022 is the most powerful one I've learned this year. Throughout my early twenties, I've often been confronted with people telling me I love too quickly. They convinced me I needed to be more chill, and give no f*cks because not caring was cool. I've always been the person that could find something to love in anyone, so I often felt weak or embarrassed for falling in love quickly. However, I came across a quote about love and criticism that changed my life. Most of these beautifully put-together words go in one ear and out the other, not leaving any remaining mark on us. Not with this one. It might sound like a cliché, but these words were truly life-changing. It's like the meaning is so profound, I feel changed before I even reached the period of the sentence. Unfortunately, I don't remember the exact phrasing of the quote, but I will try to paraphrase it to the best of my abilities. It started with explaining how criticizing is incredibly easy. Nothing in life is perfect, so it's truly impossible not to find something wrong with anything. However, choosing to love something is the opposite: it's immensely difficult to do. Knowing that what or who you love is imperfect, yet you still choose to do so anyway - that takes courage. I realized how not caring wasn't actually cool: it was just easy to do. And suddenly, I didn't feel stupid for my ability to love. This realization changed me from feeling weak to feeling empowered. Also, side note: I'm not saying everything and everyone is deserving of your love. Love can feel and be toxic. That's why having the wisdom to set healthy boundaries and let go when situations don't serve you anymore is a prerequisite to love. However, choosing to love when it's so easy to do the opposite, that's true bravery. 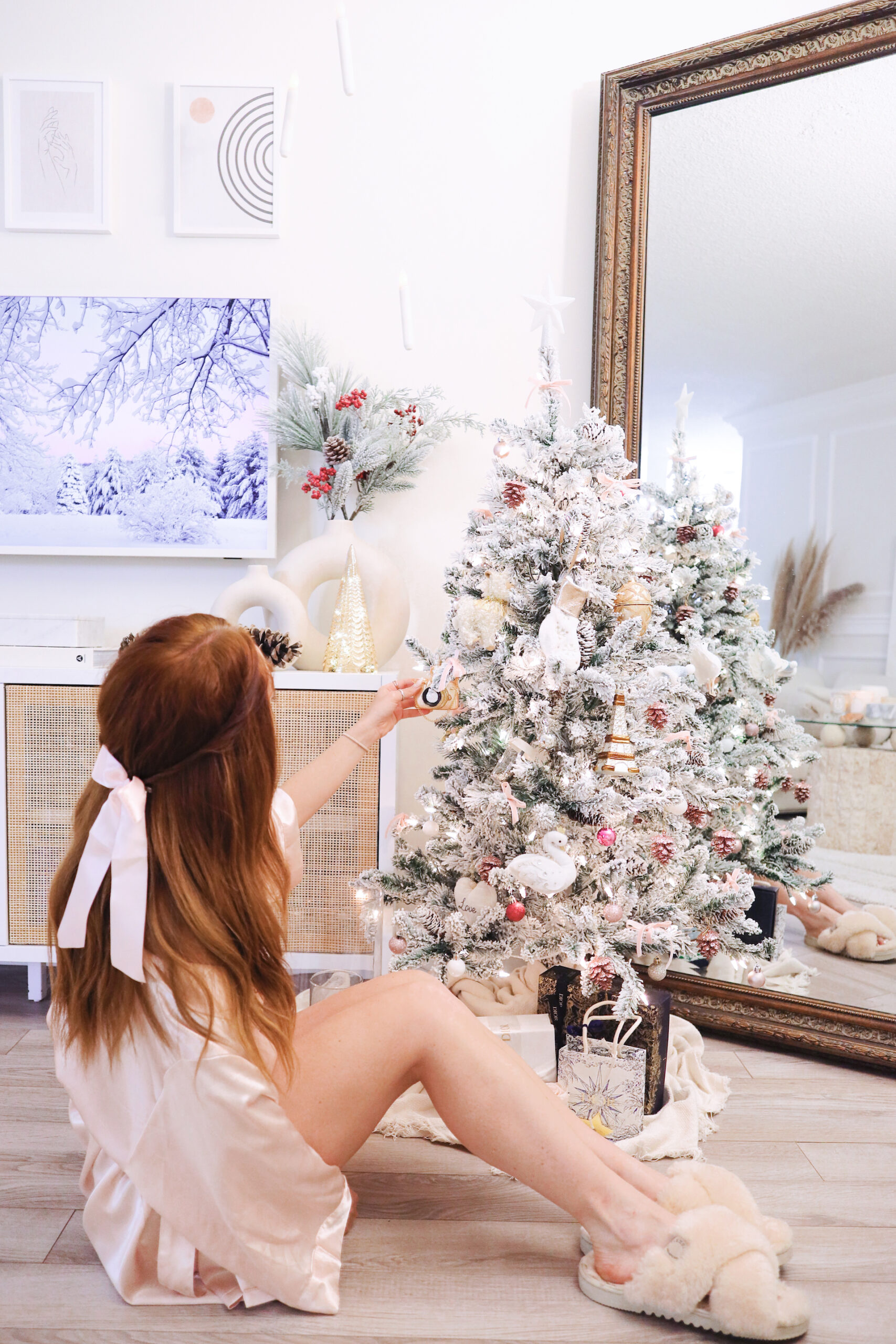 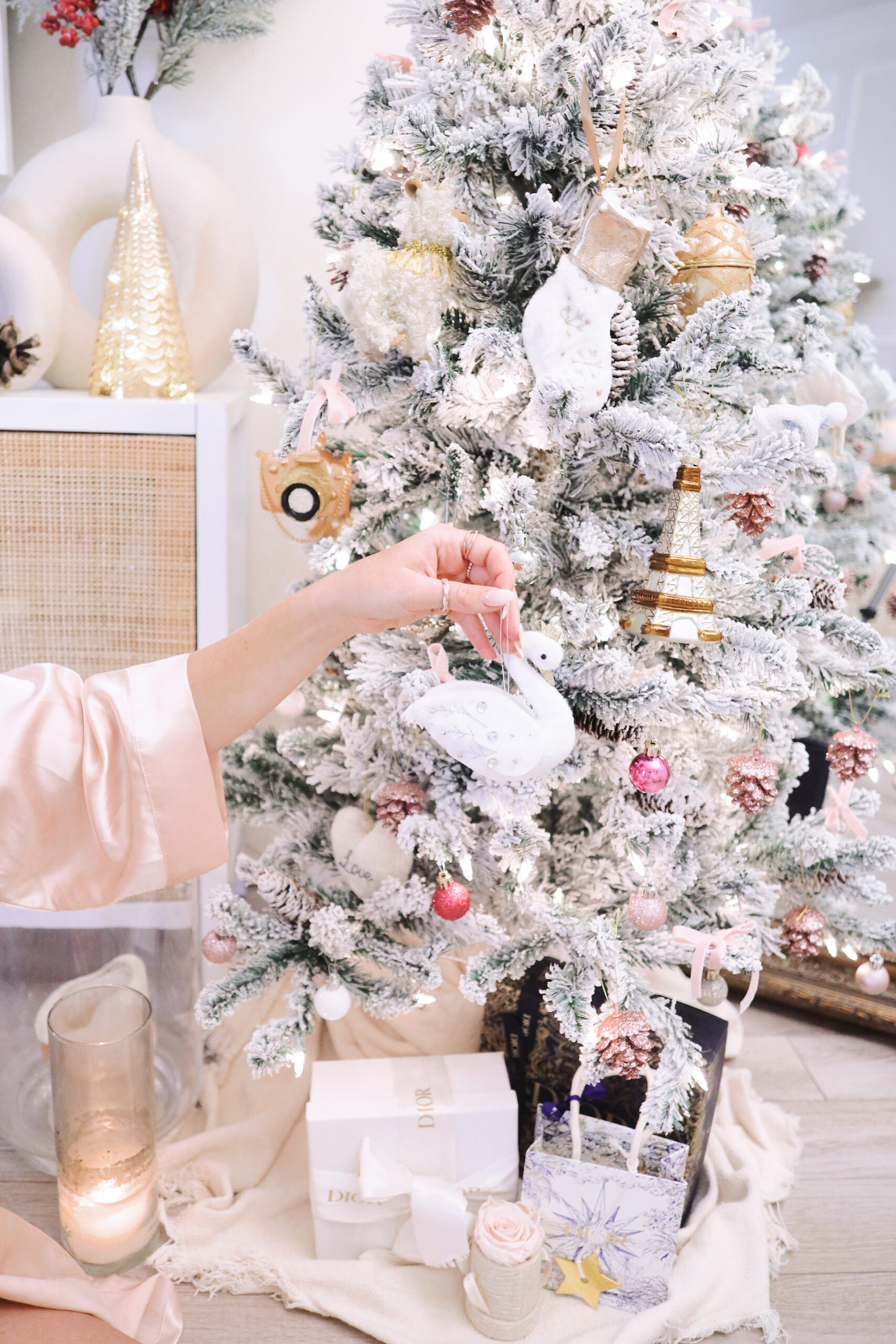 And with that, my annual recap of 2022 has come to an end. My five life lessons of 2022 fit together as pieces of one big puzzle. I've realized how my suffering is cyclical, and that I needed to set healthy boundaries to break this cycle. I've also learned to appreciate all people I've met in my life: either good or bad, they taught me something I needed to learn. Being able to love and appreciate all people, disregarding their reciprocity, was my newfound meaning of true love. And lastly, my capacity to love did not make me weak - it was the bravest thing that I could do. All in all, 2022 was not the best nor the worst year of my life. However, it was an important one to live through. I've worked on myself and my healing learned how to set boundaries, and let go of people that did not serve me anymore. Although my life remains far from perfect (despite what my perfectly curated Instagram feed might suggest), I discovered a newfound inner peace knowing I am on the right path. I used this year to plant the seeds and hope 2023 becomes the year I can cultivate the fruits of this labor, and see myself blossom. 2023, I am so ready for you!

P.S. Since I took a break from my annual blogposts last year, click here to read what I've learned from life in 2020 in this blogpost.