Hey guys!
It’s been a long time since I’ve updated you on my life in an episode of my series of (un)fortunate events. So I just wanted to sit down to ya and clear my mind. Because I have a lot to say haha. So if you’re not that interested in personal stuff, don’t keep reading. I’m going to post a monthly faves tomorrow on my blog (I need to write it in one day, wish me luck, haha), so you can come back then. But if you are interested in my personal life and motivational tips, keep reading :). 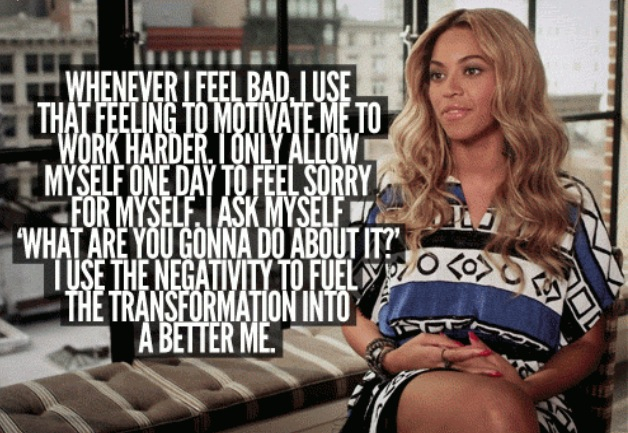 Yesterday I had a really bad day. It started totally okay, but then… Well, let’s start from the beginning. As you know, I’m a student in Groningen, and I have my own semi-studio there (I only share the toilet with 3 other people). And I love my room. But there is one thing that keeps pissing me off and that is my neighbor. She’s a fucking bitch. Sorry for the swearing, but she is one of those people who truly is a bad person. But that’s one thing. The problem is, is that my house is very noisy. You can hear everything through our walls and floor. And it’s so annoying, because she is telling me that I’m being too loud. But I’m the one who is being very quiet actually and trying my best to satisfy everybody, by walking literally on my toes when I’m in my room. I know, it’s crazy, but that’s how bad the situation is. If I don’t do it, or I have people over and I they don’t do it, she and another guy from downstairs immediately come to complain. Or even worse, they will bang fucking hard on my wall. Yes, that’s so rude and disrespectful, I would never ever think of doing something like that.

I’m always very quiet (I’m studying most of the time, and when I’m not, I’m probably dancing, figure skating or at my mom’s house), but she on the other hand, is always going fucking cray with her television, music and talks on the phone. She talks so hard, that I feel like she’s almost screaming sometimes. And usually I don’t say anything about it, but yesterday, damn… I heard her talking about me to her mom through the telephone. She was saying awful, untrue things about me, and she was telling her mom that she told our landlord the same thing. I felt so bad about it, because I was doing my best to please everybody, but instead she was talking so badly about me.

And I don’t know, but I kinda fainted at that moment. I have low blood pressure and I had heavy dance classes and figure skating trainings the last couple of days, so I think those things also played a part. But I felt so terrible, that some ho like that could do something like that to me. I felt scared, because I didn’t want a confrontation, because I thought that it would make me feel even worse. My friends and family kept saying that I should confront her, but I just couldn’t find the power in me to do it.

And now I want to take this moment to express to you, how life has its secret ways to tell you something, to help you grow as a person in a very unpleasant, but effective way. I’m not a religious person, but I do believe in a kind of faith or destiny. I just can’t understand how some particular events in our life can happen without a reason, just randomly. I know that not everybody is going to agree with me, but through my relatively short life experiences I’ve learned that I think this way about my life.
Now you think, okay interesting, but what has that to do with your story? Well, that they, I watched this video from Miss Jessica Harlow:
When I watched it, I was like ‘well okay cool video, but whatever’. It’s about this theory that Beyoncé lives by. She allows herself to feel sorry for her for one day, and after that she asks herself what she is going to do about it and how she is going to change it. I didn’t really think about it at that moment. But omg, when all the crappy shit happened to me, and I felt so down, the only thing I could keep thinking of was this video I watched. Could it be true? Could it be a sign? Could it be the thing I should be doing?
I kept thinking about it and when I went to sleep. And when I woke up, I was still thinking about it. So I decided to I would go to my neigborbitch, and talk to her about her being so fucking loud. But when I knocked, she didn’t open her door. I was 100% sure that she was home, so I think she was just so scared of me, haha. I knocked 5 times, but she still didn’t say anything. So I went to school after that, but I was still debating what to do. Right after school I have figure skating practice, so I didn’t have time to go to her before my training, I thought. But I didn’t want to do it in the evening, because I would be tired after figure skating. But then, my class finished earlier than normal, which usually never happens. Like how?
So yeah, when I came home, I immediately knocked on her door again. And then, she opened the door. So I said the words I was saying in my head for the last hours out loud, finally. That she was so loud during the day and evening, and I couldn’t sleep because of her. She reacted very frustrated and angry, saying untrue thing that I was the one that was so noisy, that she and everybody else was complaining about me. But I kept it cool and mature, and said that she was just being very disrespectful and that if she or anybody else had a problem with me, they should come to me. And if they didn’t do that, I’m thinking that everything is fine. At the end, she got so frustrated with me, that she swung the door shut, right before me. She couldn’t handle me haha. I was so proud of myself, I just totally owned that bitch. In stead of being mature and just talking it out, she couldn’t handle it anymore and gave up. I did something I thought I couldn’t do, and it felt great. And I also kinda felt like Queen B, for handling my business just like she would, haha.
I’m kinda in a dilemma, because I love my room and my location (it’s close to everything, so handy!), because although I totally showed the bitch her place, my situation isn’t going to change. So I decided that I’m going to look for a new place, not in hurry or something. I talked about it with my mom and we want to start looking in April, after my exams, and be finished around the end of May, so that I would have enough time to study for my finals. So I’m not giving that bitch what she wants, I’m just giving myself peace by removing myself from this situation.
Wow, that were a lot of words. But I wanted to tell you this story anyhow. I recommend you all to watch this video. Even if you have the same first reaction as me, there is a chance that later on in your life, you will thank yourself for watching this it. I was. So thank you Queen B and Miss Jessica Harlow, for being one of the persons who made me stronger. I hope I can inspire you and that this one day rule will have the same impact in your life as it has had on mine. Talk to you soon lovelies!
xoxo Lilia