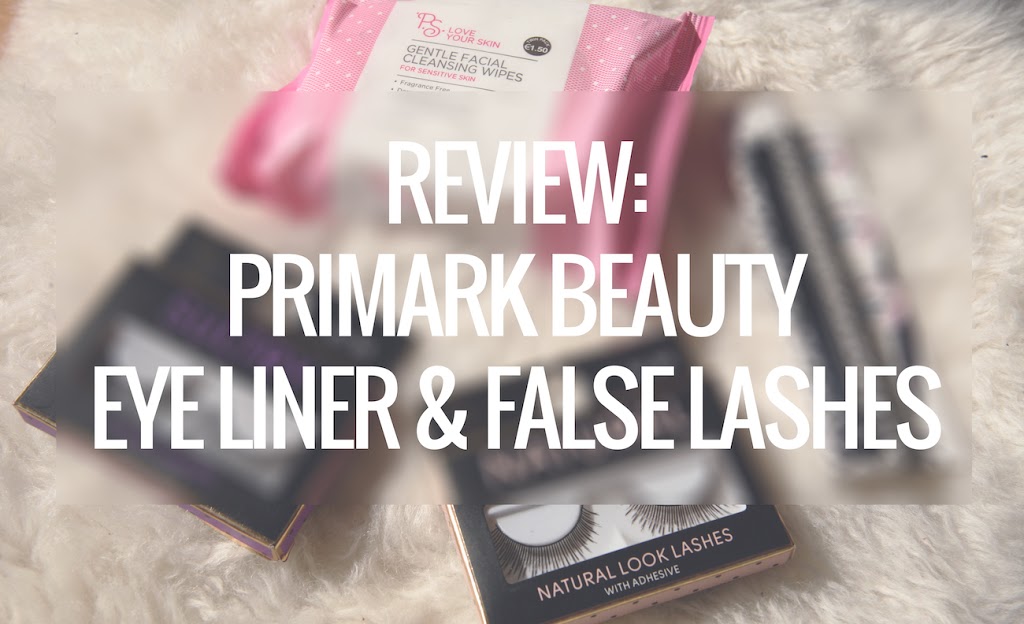 Hi!
If you watched my Primark Spring 2014 Haul video, you know that I bought a lot of beauty stuff there. I thought you would be interested in my opinion about them, so that’s why I decided to write this collective review. I thought it would be easier for you to put a couple of the products I bought at Primark together. So today I’m going to talk about the false lashes and the eye liner that I bought there, and next week I’m going to review the eye liner and the make-up wipes (so stay tuned for that!) All Primark beauty stuff is – of course – very cheap, but as you can probably guess already, it’s not the best quality. But for the price, I think Primark makes great beauty products. So if you wanna know what I think about their fake lashes and eye liner, keep reading :). 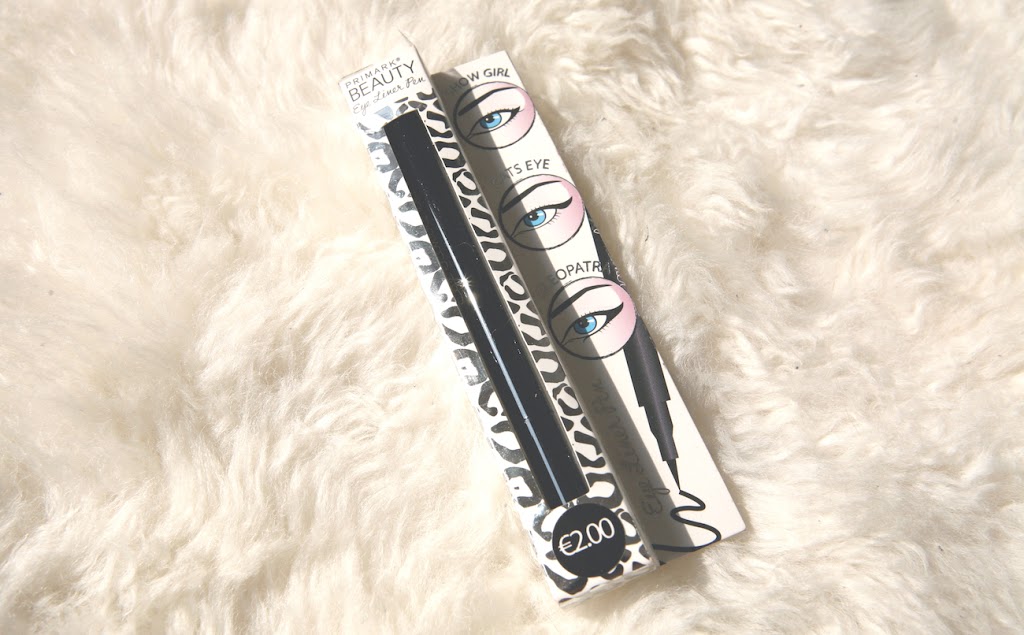 I’m going to talk about the Primark Beauty Eye Liner first. It’s an eye liner in a pen, and I think those ones work the best for making a wing with your eye liner. Because I always wear winged liner, I never use another type of eye liner. This one was only €2,- so I had to try it. Usually eye liner pens dry out very quickly. I don’t like to buy expensive ones, because usually they don’t last longer than cheap ones. So I was excited to try this one, because it was one of the cheapest eye liner pens that I have come accross. I also think the packaging is cute. The pen itself looks very sleek and not cheap at all. 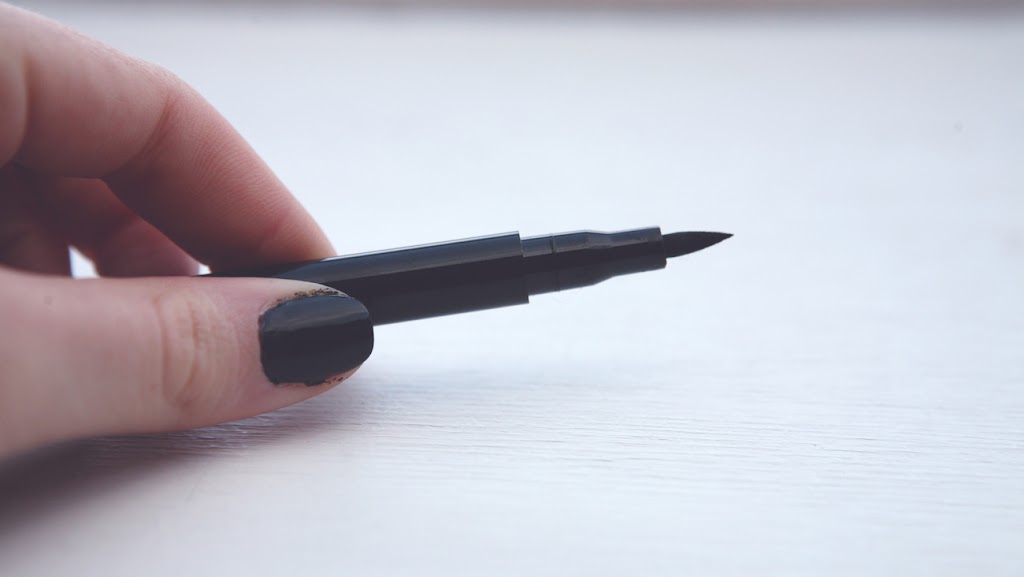 And this is what the point looks like. It’s just a regular eye liner pen point, nothing special. I have to say though, that I don’t really like this kind of point. I rather use eye liner pens with a thinner, longer point, because it’s easier to flick out your line that way. They are more flexible than these ones. 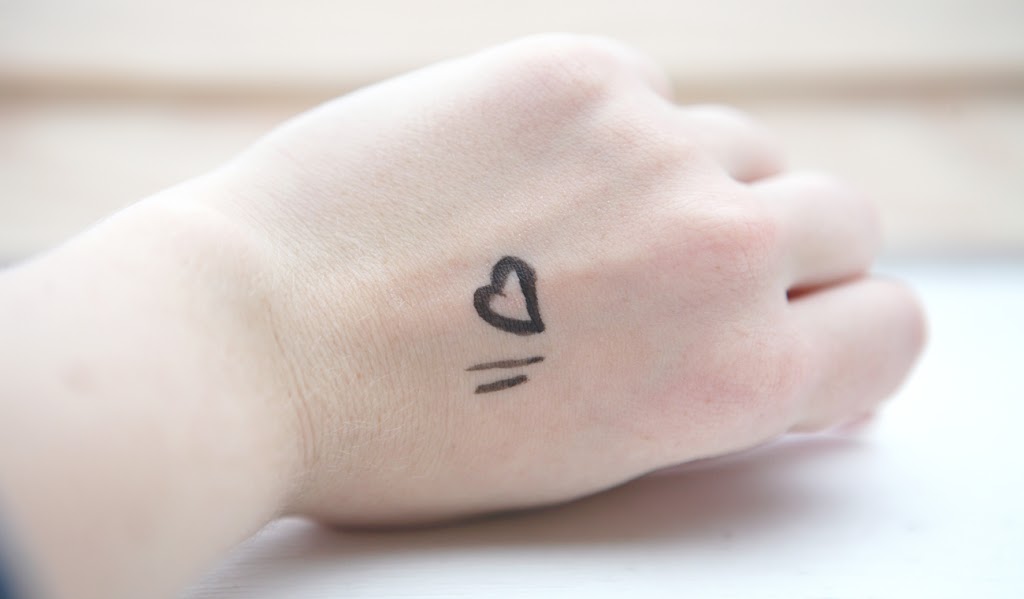 Here you can see the intensity of the eye liner. It’s not very black, but it gets the job done. I had way worse eye liner pens that were more expensive. I do really miss the flexibility of the point though, it was harder for me to make a nice wing with this eye liner pen. It’s not waterproof or anything, you can remove it easily with some make-up remover. The eye liner pen was moist enough, which is also something that I find very important. They dry out so quickly, so if they’re not moist when you buy them, you can only use them for a week or something before they are all dried up. 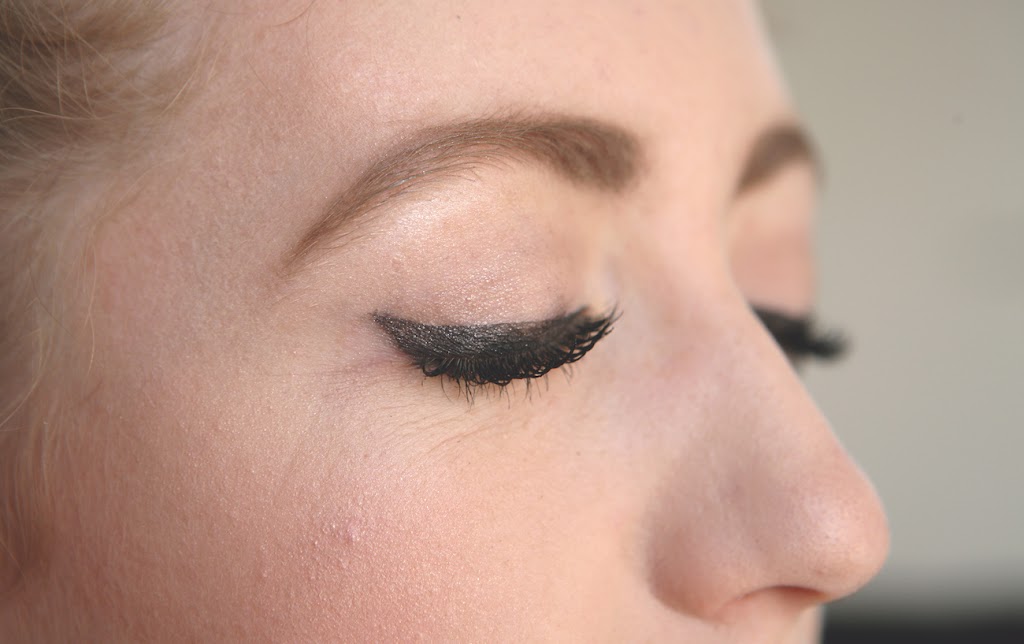 And this is how the eye liner looks on my eyes. My wing isn’t perfect, especially the last pointy bit. For a perfect wing it’s very important that you have a very sharp point. But because this eye liner has a thicker point, you can’t really get it that sharp. But for €2,- I think it looks great. 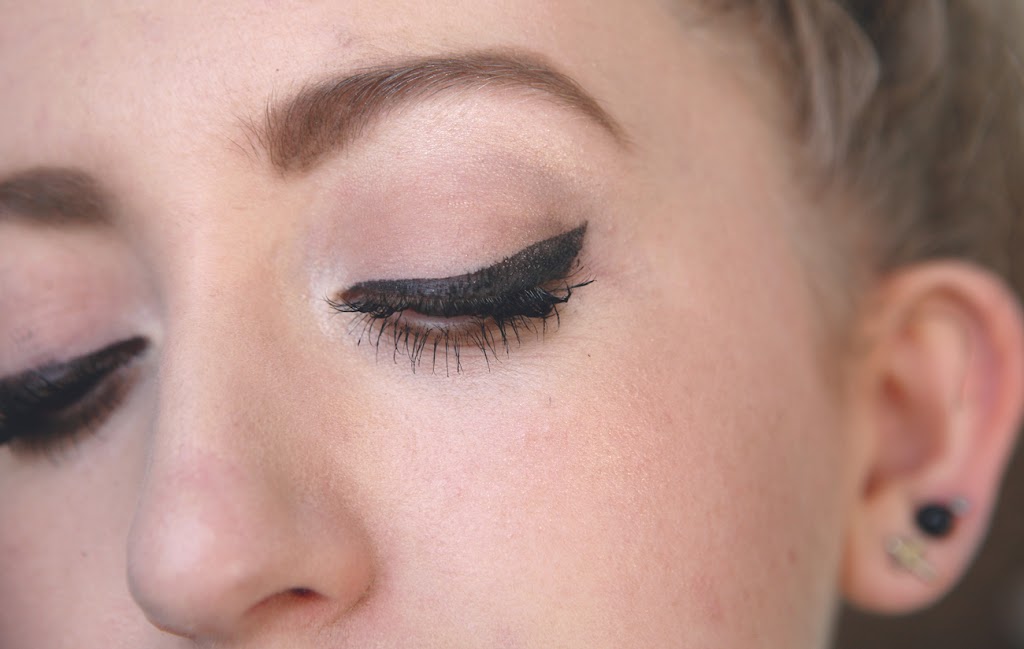 So yeah, this eye liner isn’t the best one out there, but for the price it’s definitely not a waste. I’m going to use it up, because it works fine for my everyday cat eye. I don’t think that I’m going to buy it again, because I do really miss the flexibility. But if you wear your eye liner without a flick, I think this eye liner pen is perfect for you! 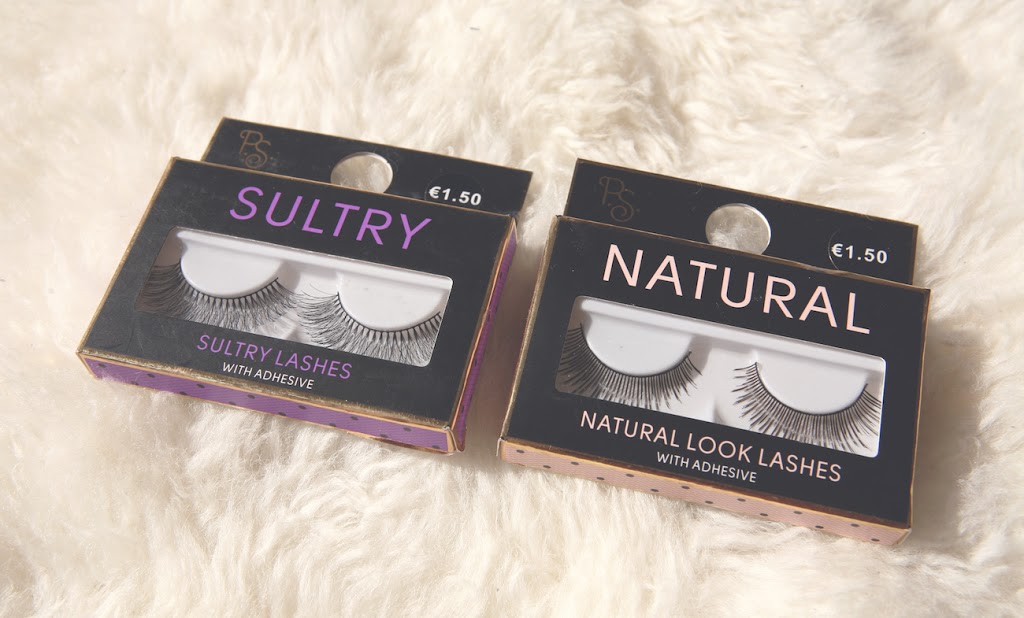 And the second thing that I’m going to review are these two pairs of lashes. They’re the Sultry and the Natural Look Lashes. They were both €1,50, so cheap! These lashes were the first lashes that I’ve ever bought, so I’m not an expert in the false lashes field, haha. But I didn’t want to spend a lot of money on lashes, because you can’t reuse the forever, and I didn’t know if I was going to wear them often. I also heard good things about the Primark lashes, so I decided to get them! The difference between the two is that the Sultry lashes are longer and have thinner hair, that’s equally long everywhere. The Natural Look lashes are a bit shorter but have thicker hair, that varies (there are shorter and longer pieces). You also get 1,5 ml lash glue with it, that actually works quite well! I wore them the whole day and I also went to a club till 5 o’ clock in the morning and they still didn’t move! So you don’t have to buy separate glue with them, which makes them even cheaper! When I first tried them on, it looked so fake. So I cut them in half, and then they looked amazing. They gave my eyes a cat eye look, which I love.

Sorry for the not so pretty pictures, I just didn’t had time to make these photos with my Canon camera. On the left you see the Natural Look lashes cut in half and on the right you see the Sultry lashes cut in half. I don’t think there is a particular big difference between them, but I do think the Natural Look ones look more natural (ha-ha) and the Sultry ones are better for going out.

So yeah, I defintely recommend these lashes, if you cut them in half though. The next time I’m going to the Primark I’m going to buy a stash haha!

I hope you enjoyed reading this collective review. Do you wear fake lashes on a regular? I think I’m getting a bit addicted to them, they just make your eyes look so pritty, haha!

xoxo Lilia
P.S. I’m working on a new video! I wanted to upload it today, but the editing was more work than I expected… I hope I can upload it tomorrow for you guys.